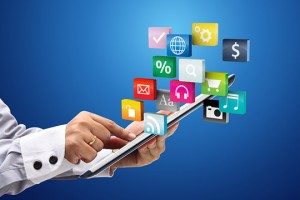 Business people are increasingly taking over the direction of enterprise mobile development initiatives according to a recent survey from Red Hat that builds on a previous survey published early this year titled “Red Hat Mobile Maturity Survey, 2015” With this survey polling 200 line-of-business (LOB) decision makers and 200 IT decision makers from U.S. and Western European private sector organizations, the latest research reveals that LOB and IT are aligning on many aspects of mobile strategy, investment growth, performance measurement, and the increasing role of the business in mobile decision making, This points to a greater ability for organizations to address the growing demand for new Mobile Services that extend business capabilities with the ” convenience of Mobile ” and the ” power of Apps “.

Interestingly, one finding that might be of special interest to developers concerns a shift in responsibilities for enterprise mobile development. LOB decision makers see the current approach to mobile app development as primarily IT-led (38 %) followed by business-led (24 %). However, they see this flipping towards being business-led (36 %) over the next two years. In conjunction with this, from the previous survey of IT decision makers, 62 % of respondents said mobile development was being led by IT, while 42 % said it was business-led. An important reason for this change is the LOB respondents seeing the governance of enterprise mobility initiatives switching to the business side, the traditional or native App development skills shortage , and the emergence of Mobile Platforms to make Apps with no-code or low-code dev tools designed to let business users — rather than only technical personnel — to make Apps and deliver new Mobile Services.

Key findings from the latest research are –

• LOB decision makers are more focused on client-side development tools and technologies that deliver business value (ie: greater presence in mobile, new Mobile Services, additional revenue, etc.), while relying on IT to support them with a range of modern app development and integration technologies. 70 % of LOB decision makers have already used the IT department as a resource for designing and building mobile apps, compared to just 27 % that have used a third party.

• With LOB decision makers expecting implementation of Internet of Things (IoT) projects to increase in 2016, it is anticipated this will drive demand for Mobile Apps. 12 % of LOB decision makers said their organizations have already implemented an IoT project, but that number jumps to 53 % that expect IoT projects to be initiated this year or next.

From this, the new mobile survey shows that there is a mutual understanding from both LOB and IT executives that mobile app development will take on more of a business-led approach in the near future. Organizations that have fully implemented a mobile app strategy are more likely to be empowering their line of business managers to influence the development of mobile apps and are supported by IT through the use of modern app development tools, platforms and integration technologies. This is collaboration in action that enables the relationship between LOB and IT continuing to strengthen as mobile programs become increasingly focused on improving business outcomes.