The Insiders Guide to Angel Investing 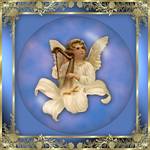 David Rose is the founder of New York Angels .

He had some highlights on Angels and Angel investing in the US -.