As leaders know, being successful at Business Innovation and Managing Change is critical to the future of an organization.

However, with 70 % of change efforts failing, there is a need to be better at innovation and managing risk. Because of this, it’s important to develop an “ Innovation Mindset “ to move forward. 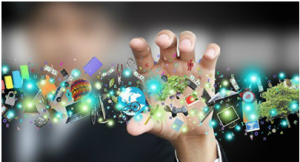 A summary of the qualities required for success are –

To drive real and meaningful change, there is a need to –

1. Focus on Results – by starting with the end in mind

The mistake made here was projecting from the current state forward, as opposed to looking at the future state and working backward. Change leaders must focus on results and work backward to determine the tools and processes required to achieve those results.

Over time, markets change so much that it’s not enough to be better at what you do. You need to do something differently. Alternatively, you might find that the leading competitors in your market are so well positioned that it’s better to avoid competing for head-on with them and, instead, trying different, more disruptive approaches.

Course corrections are always necessary when implementing change. All of these companies started out with one idea, but as time and markets shifted they need to adjust their course. Agility and flexibility are the hallmarks of inspiring change leaders.

Successful organizations all have assets and capabilities that underpin their success. It’s important that change leaders understand what make them successful and build on these for further success. Microsoft’s current foray into hardware manufacturing of tablets and computers, for example, appears to demonstrate that it has misunderstood its strategic skills and assets (software development and business services).

It’s easy to see that while the PC business is declining, their future lies in extending Microsoft’s already formidable competitive advantage into the server tools, and big business markets where, like IBM, switching costs are huge.

It’s a nuance of business to understand that change leaders must be outward looking, always viewing the world through their customer’s eyes, but that doesn’t mean ignoring the internal best practices that are driving delivery of that vision.

Telstra developed and implemented a cultural change program that was aimed at dramatically improving the company’s approach to customer service. Driven by CEO David Thodey, who put his top 300 leaders through a rigorous leadership development program, to disseminate the values of simplicity, and collaboration with the goal of improving customer service, they had “each business, each team, each group, to take the values and bring them to life and live them in the context of the work they are doing, to create the best experience that they can for the customer in that environment that they work in.”

Whenever and whatever a change leader discusses with colleagues and team members, they must bring the conversation back to the organization’s strategic priorities. Insisting that all the initiatives and programs are focused on these objectives will help generate tremendous alignment across the company.

Many executives are forward thinkers who initiate change, but when faced with the whirlwind of the day-to-day running of the business become overly focused on internal operations and the latest issues and problems to solve. This causes the executive to have an internal point of view.

Henry Ford famously said, “ If I asked my customers what they wanted, they would say faster horses ”. But having an external view, he saw things differently. While Steve Jobs was a similar, he tested and measured his ideas to gain real world insight into what matters to customers.

However markets change or a company’s success can lead to failure. For example, Henry Ford insisted that all black Model T would always remain desirable to consumers. When other automakers created new car models and colors, even when his colleagues urged him to change, Ford refused to budge. After years of innovations by competitors in bringing the automobile to the masses, Ford fell prey to the “anchoring bias” that leads people to make (or fail to make) new decisions because of past experiences or a dated perspective.

Change leaders, begin with their customers, developing insights to identify and anticipate their needs and seek to understand how they can create a more significant and influential commercial relationship with them.

Change leaders are skillful analytical thinkers, experts in framing issues and drivers of innovation. They don’t take anything for granted. Contrary to popular opinion, innovators are not risked seeking.

In fact, they’re risk averse, and as such change leaders should be continually on the lookout for false assumptions and avoiding the herd.

Questioning your current situation can open up paths to creative thinking. For instance, Google’s original aspiration was to build the best search engine ever; arguably the organization achieved that. But in order to enter a new era of growth, Google leaders needed to perceive their company differently. Only when they challenged their long-held assumption that “We are a search engine company” could they then come up with the “We want to know everything” a notion which sparked projects such as Google Earth, Google Book Search, and Google Labs, along with further improvements to their fabled search engine. 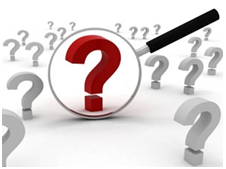 Long-term thinking is the characteristic of the effective change leader. For any change to pay off a leader must have foresight and grit – with the desire to see a change through. It’s too easy to focus your attention on near term results, and defer strategic , innovative or key change initiatives.

An example of longer term, strategic thinking has occurred periodically when ExxonMobil reports quarterly results lower than expected by the financial community. However, many people don’t realize the company has been heavily investing in its future – while acknowledging that the industry is facing lower oil prices, increased availability of natural gas, decreasing economic activity, and rising costs — all factors largely outside of the company’s immediate control. And despite these factors, ExxonMobil continues to make billions.